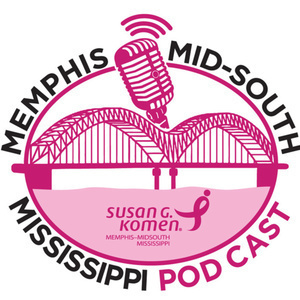 All Sherry Hartfield was expecting that day was a little helpful doctor’s advice with her blood pressure medicine.

Instead, Sherry showed her doctor a rash that led to a mammogram, revealing stage 4 inflammatory breast cancer, one of the rarest and most aggressive forms. Immediately, Sherry called her daughters, Cora Beth and Meade, letting them know of her diagnosis.

Quickly, Sherry got a glimpse of how strong her daughters could be when the need is there.
Sherry moved in with her daughter, Cora Beth, and both Cora Beth and Meade became their mother’s caregivers. Cora Beth and Meade stepped into action educating themselves about inflammatory breast cancer, and providing their mother with the love, support, encouragement, nurturing, and God’s ever-present strength to endure.

In this Pink Podcast episode Cora Beth and Meade share the heart-warming story of their mother’s love, her courage, support from her friends, and her deep faith in Jesus Christ. To the amazement, wonder and gratitude of Sherry Hartfield’s daughters, friends, and doctors, she defied the odds and lived five and a half years beyond what was expected. Sherry died in August 2017.

Each year, Cora Beth and Meade continue the memory of their mother through “Team Sherry,” by participating in the Susan G. Komen “Race for the Cure,” the largest and most successful fundraising event for breast cancer ever created. Join Cora Beth and Meade and hundreds of others on April 13, 2019, in downtown Jackson, MS, as we celebrate survivorship and remember those who have lost their fight to the disease.